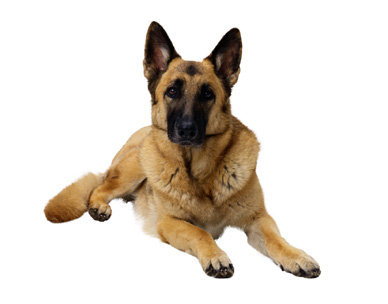 What is aminocaproic acid?

Aminocaproic acid is an agent that prevents the breakdown of fibrin, a protein needed for proper blood clotting. It has been advocated by R.M. Clemmons, Associate Professor of Neurology and Neurosurgery at the University of Florida Veterinary College for the treatment of degenerative myelopathy (DM). This is a condition in which nerve tissue breaks down, like Multiple Sclerosis in people. The breed most affected is the German Shepherd Dog.

While aminocaproic acid has been shown to provide very little benefit in the treatment of spinal cord trauma, Dr. Clemmons believes it can contribute significantly to a favorable outcome in up to eighty percent of cases of degenerative myelopathy, especially when used with other supplements and diets. Details on the protocol can be found at:

Aminocaproic acid is used to intervene at a critical stage in the development of DM. Dr. Clemmons believes that the spinal cord is indirectly attacked by the immune system in degenerative myelopathy. Antibodies clump around invaders in the blood due to some trigger factor. These clumps normally float in the bloodstream until they are either filtered by the liver or spleen.

"Aminocaproic acid is used to intervene at a critical stage in the development of DM."

If immune-complexes circulate, they can lead to damage to the cells lining the blood vessels in the central nervous system (spinal cord). Later, fibrin is deposited in the spaces around the blood vessels. When it breaks down, inflammatory cells migrate into this area causing damage to the nerves. (Aminocaproic acid helps decrease the breakdown, theoretically slowing the progression of DM.)

How successful is aminocaproic acid?

This is difficult to answer as aminocaproic acid is not used by itself in the treatment of DM, and DM has a variable course in some pets. N-acetylcystiene is also used in the attempted treatment of DM.

Theoretically, aminocaproic acid with other prescribed supplements should help pets with DM, and some dogs seem to show positive results. Clemmons estimates the response rate (remission or halted progression) of patients may be as high as 80 percent when used in a protocol with N-acetylcysteine, dietary supplements and exercise. It is this combination that corrects those aspects of the immune dysfunction, based upon Clemmon’s belief that CDRM is an immune-mediated inflammatory disease. It is extremely difficult to confirm aminocaproic acid as being effective without controlled clinical studies.

How safe is aminocaproic acid?

Aminocaproic acid is safe when used as directed under veterinary supervision. Mild gastrointestinal irritation may occur. The only known drug interaction is with estrogen compounds; but, only in high doses. 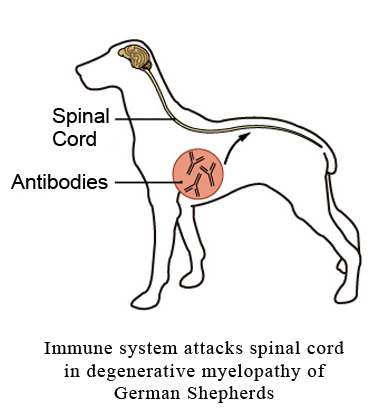 Where do I get aminocaproic acid and do I need a prescription?

A prescription is needed for aminocaproic acid. Best results seem to be achieved with oral use of the powdered preparations originally intended to be used for injection. Tablet forms are considered too expensive and not as effective. A compounding veterinary pharmacy can prepare an appropriate solution. It is not an inexpensive treatment option, particularly in large or heavy dogs, and results are not immediate.

Mix 2 parts of aminocaproic acid solution (250 mg/ml) with 1 part chicken broth. For a large dog, give 3 ml of this mixture by mouth, 3 times a day. It is reported to be at least as effective as tablets, and possibly more effective.

This is a very leading edge treatment without any guarantees of success. However, we would be happy to discuss using the protocol described by Dr. Clemmons if you have a dog with DM. Please talk to one of our vets.